As I prepare to call it a day on 2018, the Round-Up is a collection of capsule reviews for films that filled up my notebook but never got a full dive on this blog. I present highlights here—let the lightning round begin. 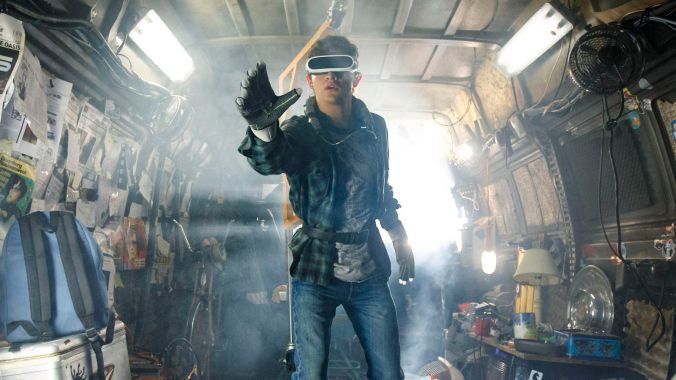 No futuristic dystopia that includes the phrase “corn syrup drought” is blind to its own irony. And somewhere between Spielberg’s characteristically wonder-tinged regard for a brave new world and such cheeky hints of parody, this movie-within-a-video-game-within-a-movie ends up as the most preposterously goofy film of 2018—but one carrying a lot more than goofy films normally do. Its tribute to the “the fans” is to make them the heroic center of all the blockbuster tropes they’ve flocked to, which is both more and less than they (we?) deserve. But video games, even more than blockbusters, face an uphill battle in being seen as personal. So cheers to the heart that Ready Player One looks for and finds in the machine. You have unlocked Mark Rylance. 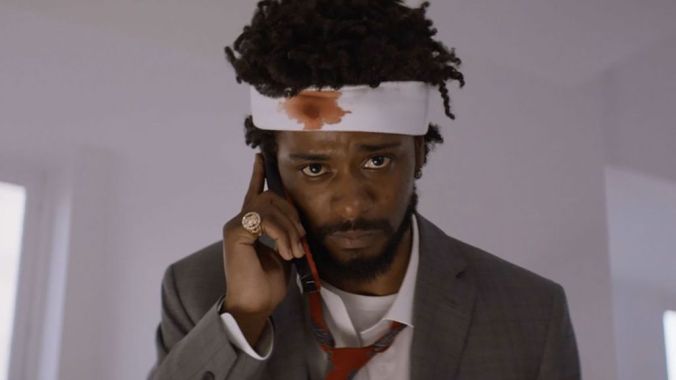 Sorry to Bother You (Boots Riley)

A sign of the times when surrealism has to try this hard to be freaky; even freakiness demands finesse, and Sorry to Bother You shows self-conscious strain from wanting to be the weirdest damn thing of the year. But I’m prepared to take it as a distinctly regional kind of surrealism: this is an authentic expression of the Bay Area, where freedom is both a gift and a curse, and where conflicting utopian belief systems—counterculture radicalism that’ll never go away, plus the charlatan uber-capitalism of Silicon Valley—have to jostle for space. Whatever its flaws, the plot makes the rambling of a strange man outside a BART station signify with righteous paranoia. These days, it should. 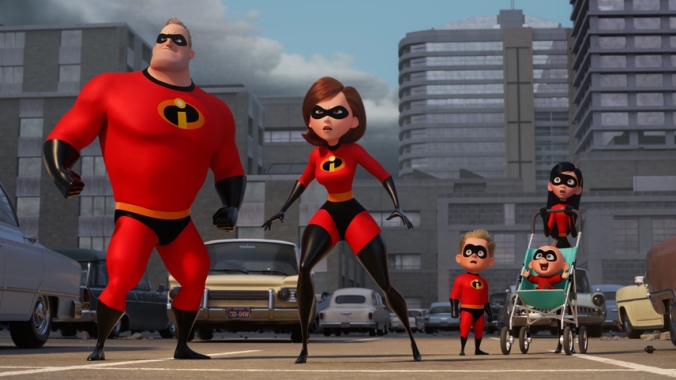 If Incredibles 2 is no Incredibles 1, it’s for basic reasons of dramaturgy: a plot that isn’t as suspenseful, jokes that aren’t as funny, and the juggling of two storylines with vastly different levels of urgency. But Brad Bird’s 60s retro-futurism is still immediately distinct, and he gets away with more heady provocation than anyone at Pixar. His sequel mulls over the meaning of superhero-mania in pop culture, not without a certain tinge of critical self-loathing. That it does so while still animating the best superhero action sequences of the year is just one reason that Bird is an all-American crank I’m happy to call our own. 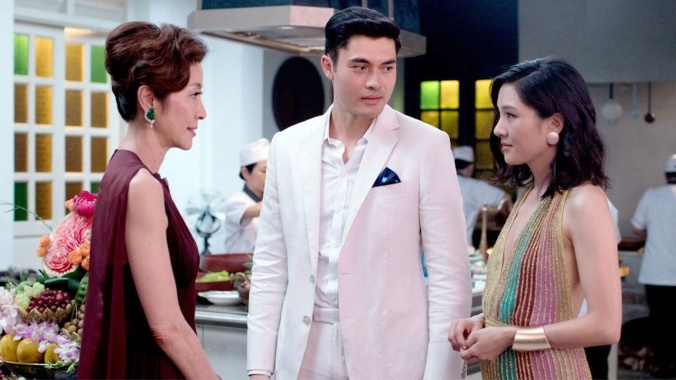 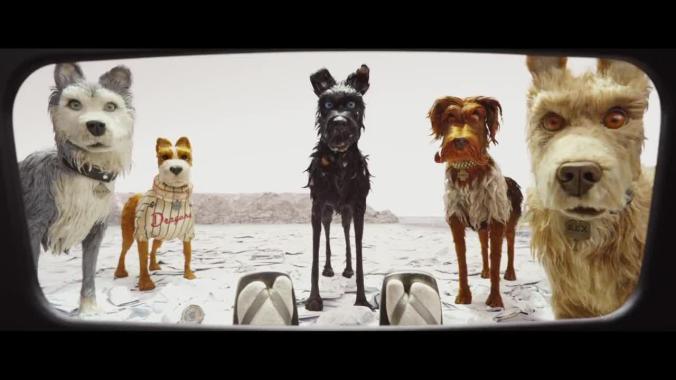 If you’re wondering what a “political Wes Anderson film” would look like, it’s something like this: a genocidal war against dogs by people who prefer cats. And oddly, it kind of works, skating on charm and adventure, being somehow epic and miniaturist at the same time, and coming close to real-world commentary by demanding that when adults have clearly fucked up, it’s time to hand off the world to the young. To the extent that it all resonates, I don’t credit any newfound engagement with the outside world—Anderson’s recent discovery of historical pain is too glib in comparison to the masters he references. It’s more that in the awful year of 2018, even his toyland isn’t safe. 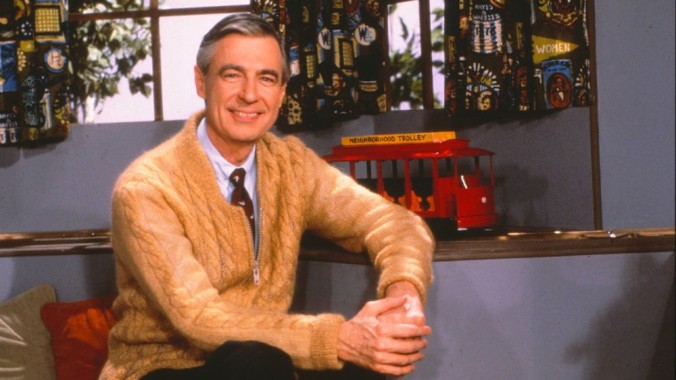 Won’t You Be My Neighbor? (Morgan Neville)

Morgan Neville has made documentaries about pop stars, Gore Vidal, and Orson Welles, and here he makes the case that a Presbyterian in a sweater-vest was just as iconoclastic, rabble-rousing, and status-quo-shaking as any of them. Morgan Neville’s stamp is expanding upon media nostalgia; his style a simple immediacy that touches on more than it explores. That is, the drawback of a film like this is that it shuffles through angles so quickly that you leave certain that the fuller, more interesting story is still out there. But it collates, sometimes beautifully, adult feeling to a world of children’s television too easily regarded as disposable. 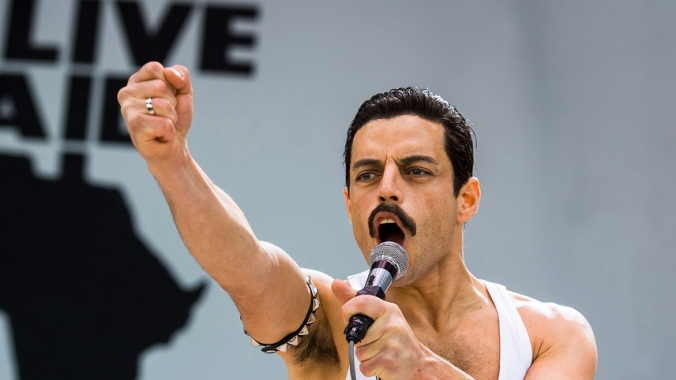 Artlessly scripted, never more so than when it tries to be artful, and apparently determined to make its non-musical scenes as generic as possible. It’s for the fans, sure, mainly by trying to improve upon concert footage by juicing it with Hollywood production values. If such an endeavor requires meeting kitsch with kitsch, rock on, but it should be emphasized that Queen’s kitsch appeal was never so bland: this is rock stardom Disneyfied. I didn’t know it was even possible to Disney-fy a scene where one man winks at another at a truck stop, which might be a sign of progress—socially if not artistically—until an evil, charisma-free gay svengali seduces Our Hero into PG-13 hedonism meant to shock your great-aunt without driving her out of the theater. Its handling of the AIDS era is a retrograde framework reaching for modern cred, and the film blunders into that minefield simply by wanting to be (what’s that phrase?) lightly likable. So if it’s tame hagiography of something everyone already likes, what’s the harm? Then again, if it’s tame hagiography of something everyone already likes, what’s the point?